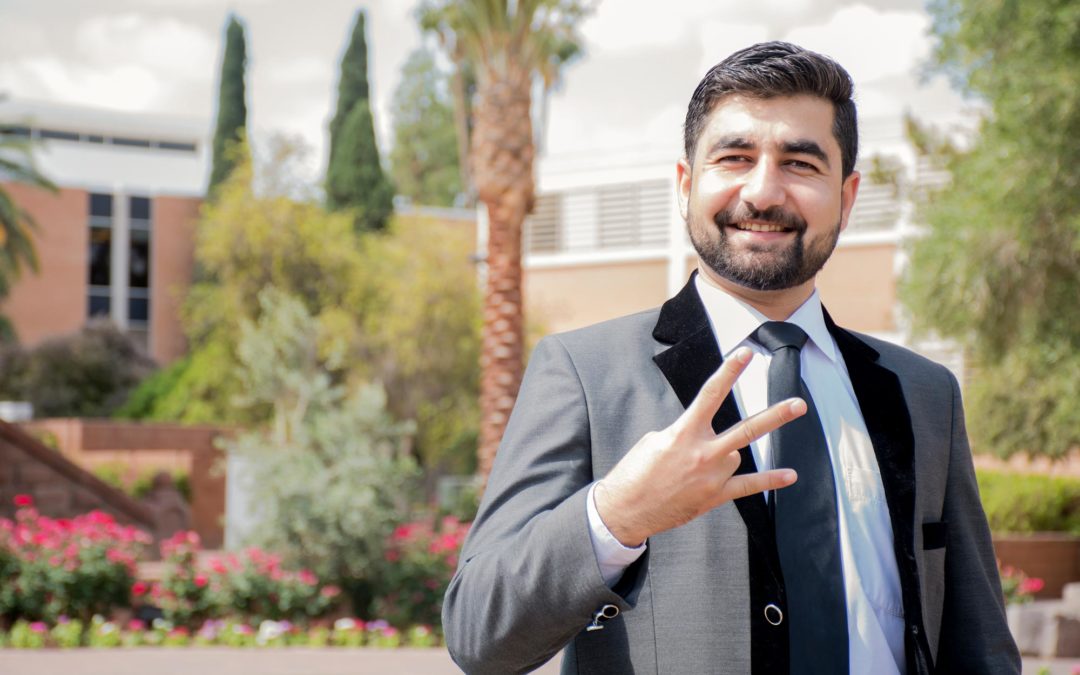 USPCASE Exchange scholars bring a wide range of experiences and passions to their energy studies. Improving the quality of life in Pakistan is a common thread in their stories.

It’s more than an irksome sight at the park or beach. Trash leaches dangerous chemicals into the environment, entangles and wounds wildlife, kills animals that eat it and, studies show, it’s hard on mental health. One recent investigation by researchers in the U.K. found that rather than being calmed, de-stressed and restored by tranquil ocean scenery, test subjects reported feeling angry and sad when litter marred the seaside view.

Back in 2013, dismay is what hit Qais Ali as he surveyed Mukshpuri, an idyllic mountain park in northern Pakistan, where he was camping with friends.

“This place is really amazing,” he says. “Foreigners also come there for hiking, but when I went there I saw a lot of plastic bags and garbage all around on the top of the mountain near the camping area.” 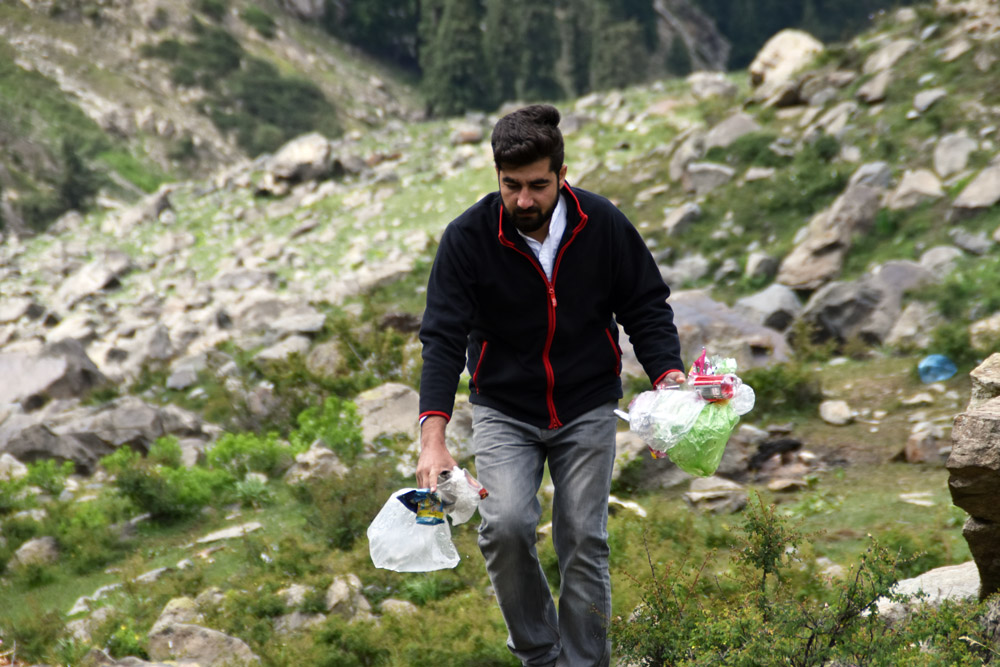 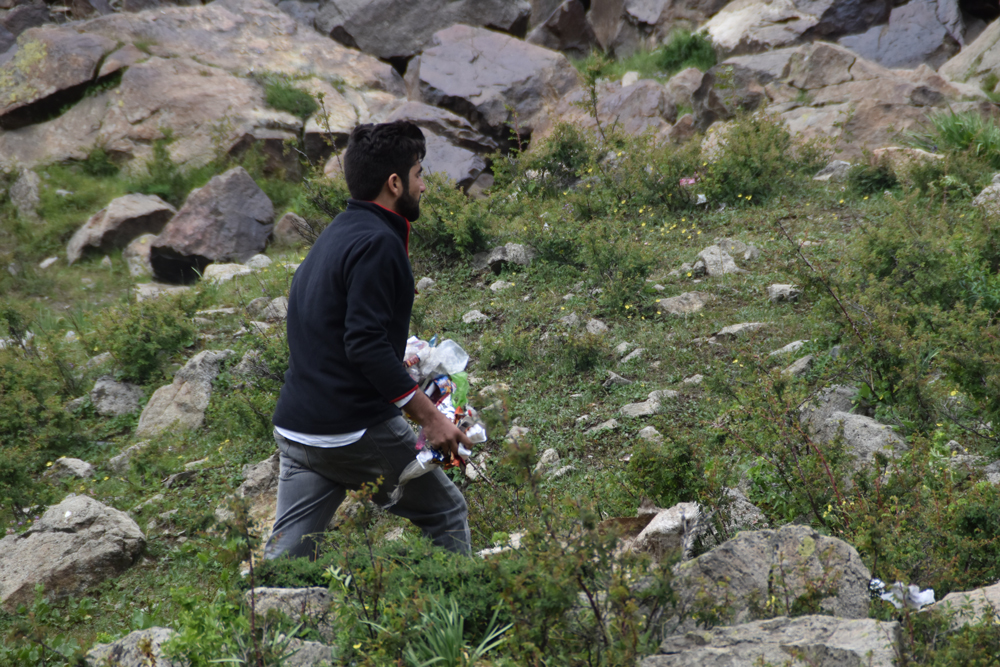 Ali is an electrical engineering master’s student at the National University of Sciences and Technology (NUST) in Islamabad. He was also an exchange student at Arizona State University during the spring 2018 semester as part of the U.S.-Pakistan Centers for Advanced Studies in Energy (USPCASE) program, a project funded by the U.S. Agency for International Development to support the education of Pakistani energy engineers. With his science and business background, Ali realized that the abundance of trash could ruin the appeal of Mukshpuri as a travel destination.

“We will lose our tourism places one by one because no one is taking care of this” refuse, he says. This awareness turned Ali’s simple camping trip into a waste-management venture. “I told my friends, ‘When we go hike, let’s collect all these plastic bags and put them in the trash box near the roads.’”

Soon, the enterprising student had formalized his clean-up efforts into an organization he calls Green Pakistan. It coordinates a regular series of trash-collection outings and goes into schools to educate children.

As a participant in the USPCASE exchange program, Ali’s state-side studies have briefly halted his cleaning activities, but he’s still committed to continuing Green Pakistan.

When Ali returns to his native land after his semester at ASU, he will complete his master’s degree in some three or four months. At this point, he is considering pursuing of a doctorate degree and a career in teaching, but before that, he plans to create a management team for his organization to keep it actively cleaning in the District of Swat, a mountainous tourist area and his home when not in school.

“I will expand to other areas, too,” he says.

According to U.S. government researchers, Pakistan generates some 30 million tons of solid waste annually, and that number is increasing by more than 2 percent each year.

“Like other developing countries, Pakistan lacks waste management infrastructure, creating serious environmental problems,” notes export.gov, a website produced by the U.S. Department of Commerce. “Most municipal waste is either burned, dumped or buried on vacant lots, threatening the health and welfare of the general population.”

“Proper solid waste management has never been practiced in the country,” noted an October 2017 BBC article on Pakistan. “Only half of the rubbish generated is collected by the government, and there is a severe lack of adequate landfill sites.”

Of the trash that isn’t officially collected, some finds its way into the hands of scavengers. Some goes up in the toxic smoke of trash-burning fires. Some lands in heaps clogging streets, gutters and sewers.

The result, he notes, is that mosquito-borne illnesses like dengue fever and malaria now afflict the nation. The number of people affected by these diseases increases year after year, he adds.

“Dengue is really famous now in Pakistan, and people are dying from it because of the dirty water standing in front of houses.”

Ali’s mission to clean up Pakistan has made him an ardent evangelist of cleanliness, and he readily rallies friends and acquaintances to help him. To date, he has brought more than 100 people into clean-up activities. To advertise outings, he reaches this crew with a Facebook feed and a robust email list.

“Most of the volunteers are my friends,” Ali says. “They are engineers, doctors, MBAs. Some are doing their Bachelors’ degrees in physics or chemistry. All of my friends are educated people. When I talk to people around me, they get the message really quickly. They join me, and they also encourage me.”

They do more than that. Many also contribute funds: $20 here, $50 there. Ali uses this money to pay workers to clean out sewers, as well as to buy educational materials, contest prizes and videos he uses for school visits. He hopes to make fund-raising a more regular part of the Green Pakistan program.

“It is not the work of one person. I cannot handle it alone,” he says. “So, I invite more and more people, and I will make a highly qualified team of volunteers.” 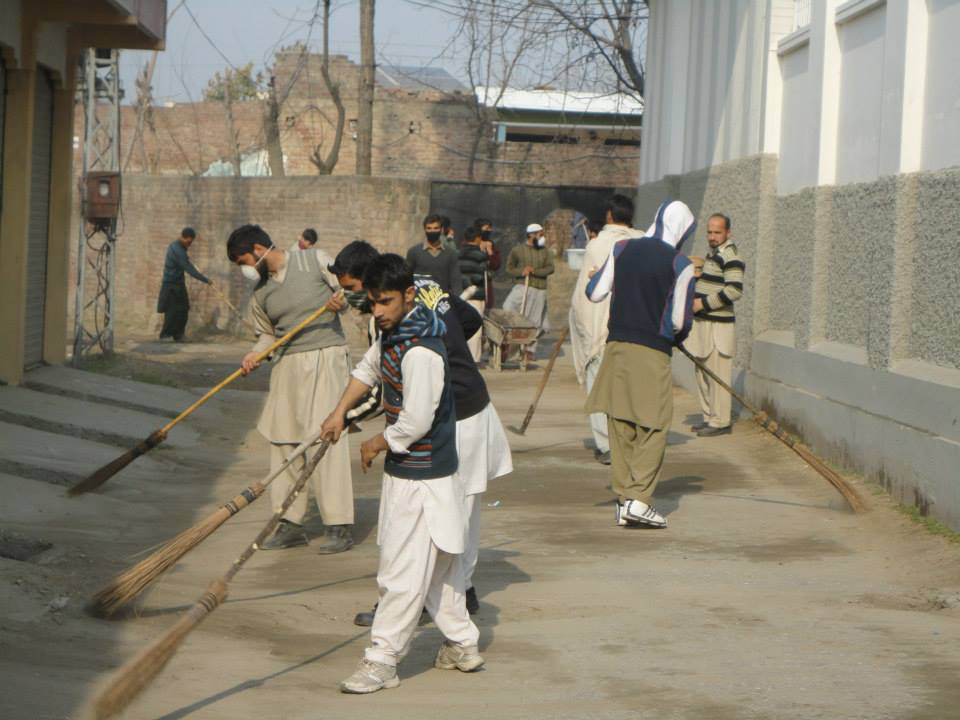 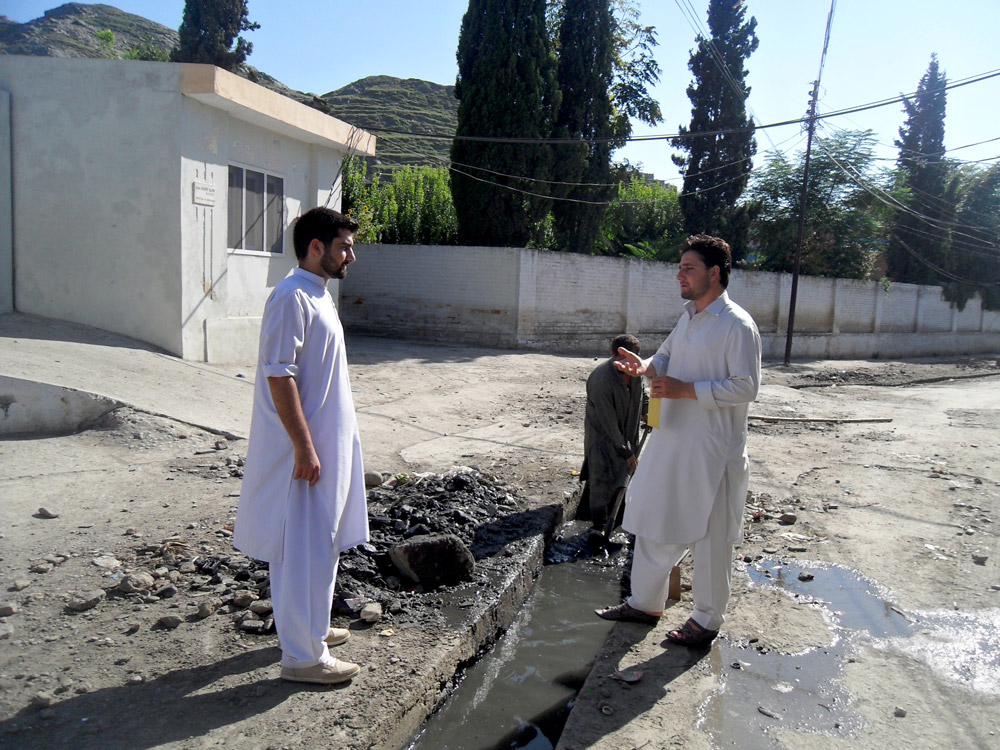 Ali will continue his work, but he also hopes to find paid work in his field, and he dreams of bringing more micro-hydro power to his own, energy-starved area.

“There is insufficient electrical energy in Pakistan,” he says, which is why he chose electrical engineering. In Swat, residents suffer as much as 12 hours per day of load shedding, hours during which the local power provider quits sending electricity into customers’ premises. “I want to be able to do research and help my country come out of the energy crisis,” he says.

One thing Ali doesn’t plan to do is make his work with Green Pakistan his nine-to-five employment. He says he wants to keep it a passion, not a paycheck because he wants to inspire others to join his efforts.

So far, his approach is working. “Sometimes when we try to collect the trash at tourism places, the people there at the time also start helping us,” he says.

Robert Cialdini, emeritus professor of psychology and marketing at ASU, has conducted numerous studies that show litter is contagious. For instance, in one experiment, Cialdini observed that subjects who found fliers tucked under the windshield wipers of their cars were less likely to toss those fliers on the ground if the area was spotless and more likely to litter if it was already full of trash.

If Pakistanis litter because their nation is already littered, perhaps Ali’s efforts at cleaning up the countryside will help maintain a more pristine, healthy environment for all.

“We are the future of Pakistan. We, the young and educated people, can start cleaning by ourselves and not wait for the government to do something,” Ali says. “I love to do something special for my people and for my country. That is why I’m doing this.”

Photo of Qais Ali at ASU by ASU’s GIT Photography Studio; all other photos courtesy of Qais Ali.

USPCASE will bring 200 graduate students and faculty to the United States for intensive research experiences and cultural exchange at ASU and Oregon State University. The sixth cohort arrives in fall 2018.