The power of policy: use energy to end poverty 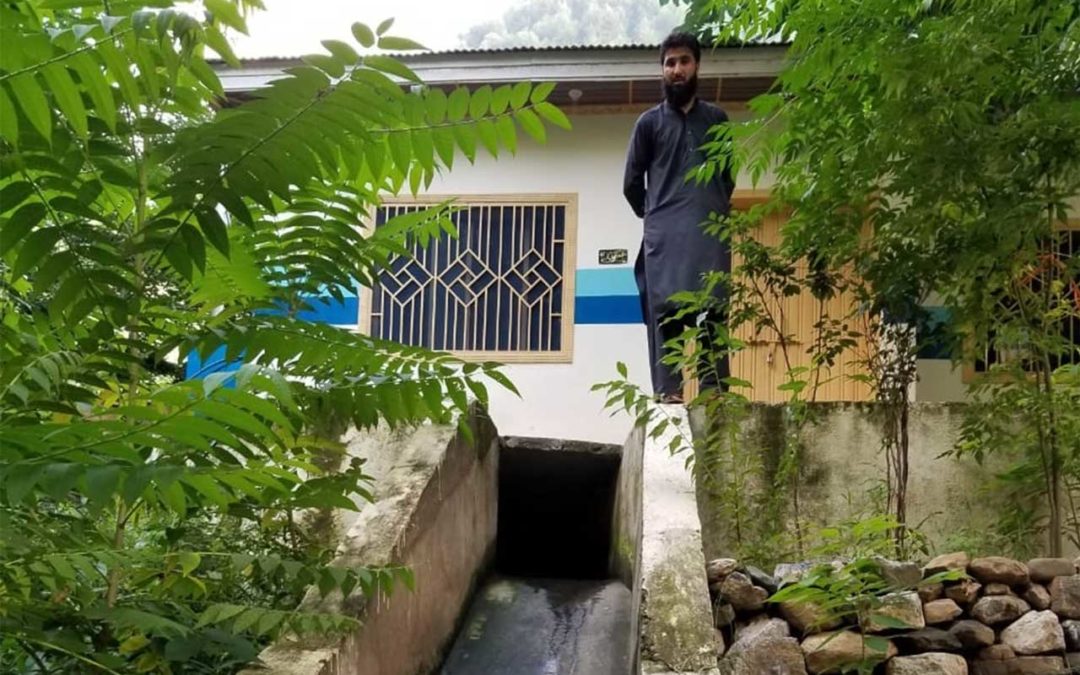 USPCASE scholars who study energy policy with Arizona State University Professor Clark Miller are likely to learn this fact about The Grand Canyon State: Some 30 percent of the water used goes to pump, treat, process and deliver water, while more than one-third of that H2O is consumed to produce energy.

Called the energy-water nexus, that symbiotic relationship plays out worldwide, not just in Arizona. So does the energy-poverty nexus, which reflects the reality that the more economic activity you want to pursue, the more energy you require, and the absence of energy hobbles economic opportunity. The associate director for faculty for ASU’s School for the Future of Innovation in Society, and the Director of the Center for Energy and Society, Miller teaches these lessons and more to USPCASE scholars both stateside and abroad.

Miller’s research takes a new approach to solving energy poverty. “Historically, we’ve defined energy poverty as a lack of access to energy technologies,” he says. “This is too narrow. What we really need to do are to find ways to use energy innovation as part of a larger strategy for pursuing sustainable development.”

More than wires and wall outlets

The World Bank defines energy poverty as, “The state of being deprived of certain energy services or not being able to use them in a healthy, convenient, and efficient manner, resulting in a level of energy consumption that is insufficient to support social and economic development.”

Until recently, measuring energy poverty was a binary proposition: Either you had access to electricity at your home or you didn’t.

By that measure, nearly a billion people on the planet – about one in seven – do not have access to modern electricity services in their households, Miller says. But, he adds, “Increasingly, people are recognizing that access isn’t a sufficient measure. When and how often people have energy matter, too, as does the price and the quality of the power provided.”

When Miller mentioned this in a recent workshop he held in Pakistan, one student commented that in his home village, people often had electricity just one day out of four.

There needs to be a multi-tiered framework for measuring energy access, Miler says. “We must break down energy access by different characteristics.”

He points to a seven-tier matrix used by the World Bank and United Nations. Among the factors this matrix measures include peak capacity, or how much electricity is available to households; duration, or how many hours per day those electrons flow; and reliability, which refers to outages and load shedding where the utility purposefully trips off power because enough capacity simply doesn’t exist. The matrix also considers affordability, safety, power quality and legality of the connection. 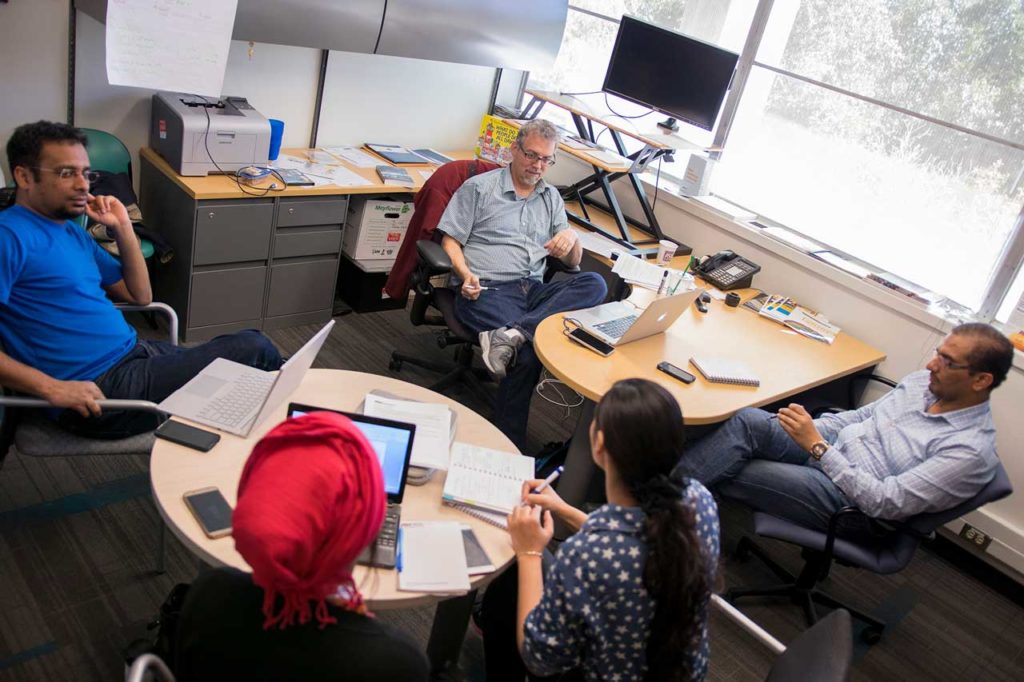 “The idea of a multi-tier framework is that you break down access into different components and measure it on different tier levels,” Miller explains. So, for instance, on the duration measure, tier one means that you have at least four hours of electricity per day, and one of those hours occurs in the evening. Tier two also has a minimum of four hours of access daily, with two of those being evening hours. Tier three requires eight hours of electricity – three at night – but power quality and reliability are still big problems.

This approach, Miller says, enables power providers to look at access problems throughout a city or a region and pinpoint solutions to bring people up to a higher tier. For instance, if a neighborhood has tier-three power, the power supplier could look for solutions to power quality, reliability and safety issues that still plague those consumers.

This approach offers a more precise and helpful way of measuring access, but it’s still a supply-side view, Miller says.

“We also need to look at the demand-side and how well people are able to use energy to advance development. Do people have the kind of electricity services they need to achieve the kind of economic and social goals they want to achieve?” he asks. “How much societal benefit are you providing compared to units of energy consumed?”

Miller urges students to consider the social value of energy and create systems optimized for community gain. “It’s not just about technologies and prices. It’s about what we’re getting at the end of the day in terms of societal benefit,” he says.

Therein lies the foundational idea behind his framework for optimizing social benefit per unit of energy produced.

The good, the bad, the electrons

“Puerto Rico is my go-to example of this,” Miller says. “It is a very poor part of the USA. Its average income is half that of Mississippi, the poorest state in the United States.

But its average energy prices are twice those of the rest of the country because they’re importing oil to create electricity.”

This, Miller continues, resulted in expenditures of some $8 million daily on oil imports – $3 billion a year – and the equivalent of 3 million people each spending about $1,000 per year over the past several years. “They took that money, effectively put it on the table and lit it on fire,” he says.

These outlays helped put the Puerto Rican electric utility $9 billion in debt and the whole island $72 billion in debt before Hurricane Maria knocked the power out entirely in September 2017. Lack of funds left the electric system poorly maintained in a hot, humid place where power poles decay quickly. That, Miller says, is one reason Maria was so devastating. It also reflects the fact that, while energy can be generative, helping people create stronger economies and communities, it can also be degradative, pulling resources – like money – out of the community.

To ensure that energy delivers social value, Miller teaches students to keep two principles in mind. First, energy systems should be designed as socio-technical systems. “Sometimes we get caught up in the cool technologies, but we need to think about all the people who need to do what they need to do to make the systems actually deliver value,” he says.

Second, the design must focus on creating systems that are indeed socially generative.

“It’s not enough to have two light bulbs and a fan working in every house on the planet,” he continues. “The goal is to create a positive feedback loop that keeps the community growing and developing.”

These ideas about social value creation were explored in depth at a conference entitled “Eradicating Poverty through Energy Innovation” held at ASU in February 2018.

The conference was co-sponsored by USPCASE and attended by 30 USPCASE exchange students in addition to more than 75 other researchers and community energy advocates from 11 countries and 5 continents.

A report written for the conference, Poverty Eradication Through Energy Innovation: A Multi-Layer Design Framework for Social Value Creation, was co-authored by Nafeesa Irshad, a former USPCASE exchange student in Miller’s lab who is now a PhD student at ASU.

Raising the bar … and grocery store … and local manufacturing plant

To help students design energy systems with community development and sustainability in mind, Miller teaches a seven-layer framework that considers energy as interconnected to other sectors in the economy. The first concept in that framework is that energy is a social investment.

“It’s not about technologies and prices. It’s about what we’re getting at the end of the day in terms of societal benefits,” including as a strategy for poverty eradication, Miller says. “We like to think in terms of the UN Sustainable Development Goals. How can energy innovation contribute to reducing poverty and inequality, improving food and water security, empowering women and promoting strong institutions, or other facets of sustainable development?”

The second premise of the framework is that social value is not created by energy. It’s created by energy services. “What are people able to achieve with that energy? Electrons have no social value whatsoever, but if those electrons can pump water to irrigate a field, then they have value,” he explains.

Next, the framework stresses that the delivery of energy services is a product of sociotechnical assemblies. In other words, people have to do work to make those services happen.

In addition, energy systems require energy organization. “People install microgrids and renewables all over the world, but you come back a year later, and they’re not working,” Miller says. “They’re not working because no one put in place a maintenance crew, a plan for keeping the system running.”

Finally, the framework looks at the financial design of energy systems – how the system distributes benefits and costs across different groups – as well as policy that encourages sustainable development goals.

With these factors in mind, Miller and his colleagues and students have been involved in a number of projects designed to both deliver energy services and fight poverty. One is the creation of two solar water pumps in Nepalese villages.

The pumps will allow the communities to irrigate additional lands, and that will help locals move beyond subsistence farming to farming for crops that can be sold at market. That means the project decreases food insecurity and raises incomes simultaneously.

Because the community set up a water board primarily made up of women, there’s a potential for enhancing the power of women in the communities.

There are, however, potential risks. With increased agricultural activity, there’s a chance that students will skip school to work the crops instead. There’s also the risk that folks may wind up drinking the non-potable water slated for irrigation. And, because the developer didn’t do a financial assessment, it turns out the villages can’t afford the money they were supposed to chip in.

Another project Miller is working on is with a Canadian First Nations community who are evaluating construction of a biomass combined heat and power (CHP) generation facility that would leverage the area’s abundant forest lands.

During shoulder months when temperatures are between 45 and 65 degrees Fahrenheit, the school needs less heat, and excess heat would go into greenhouses that would be used to teach students about agriculture and provide nutritional help for the community.

During the summer, when the CHP plant’s heat isn’t needed for the school, it could power an ice production facility that would save money for local fishermen. Naturally, the CHP plant also would power the school and local homes, and providing wood to fuel the plant would employ local loggers.

What’s more, those lumberjacks would have year-round employment – something they don’t have now – which would enable them to add equipment and gain more contracts, such as forest-management contracts for the Canadian government. The plant, which would be carbon-neutral, could receive carbon credits as part of Canada’s policy to combat climate change, which has the potential to contribute income to the village economy. It’s not just a generation facility. It’s an entire ecosystem of value creation.

While Miller says this project has yet to map out risks and potential burdens, it will. In the end, it will be a carefully evaluated electricity supply mechanism that delivers both electrons and economic gain.

Clark Miller meeting with the research team working on improving the social value of energy in KP villages.

In Pakistan, Miller is involved in three joint research projects with faculty from USPCASE partner universities, National University of Sciences and Technology (NUST) and University of Engineering and Technology Peshawar (UET-P) to provide Pakistan with national energy system modeling strategies and to develop a team to help alleviate poverty in the major Pakistan province of Khyber Pakhtunkhwa by providing access to energy.

The last, in particular, is focused on social value creation and combines hydrological and social research to improve the impact of distributed energy on sustainable development.

That’s the kind of win-win approach Miller stresses as he teaches USPCASE engineers about policy to eradicate energy poverty.

“It’s time to drop the word ‘energy’ from the phrase ‘ending energy poverty,’” he says. “End poverty. That’s what we should be working to achieve.”