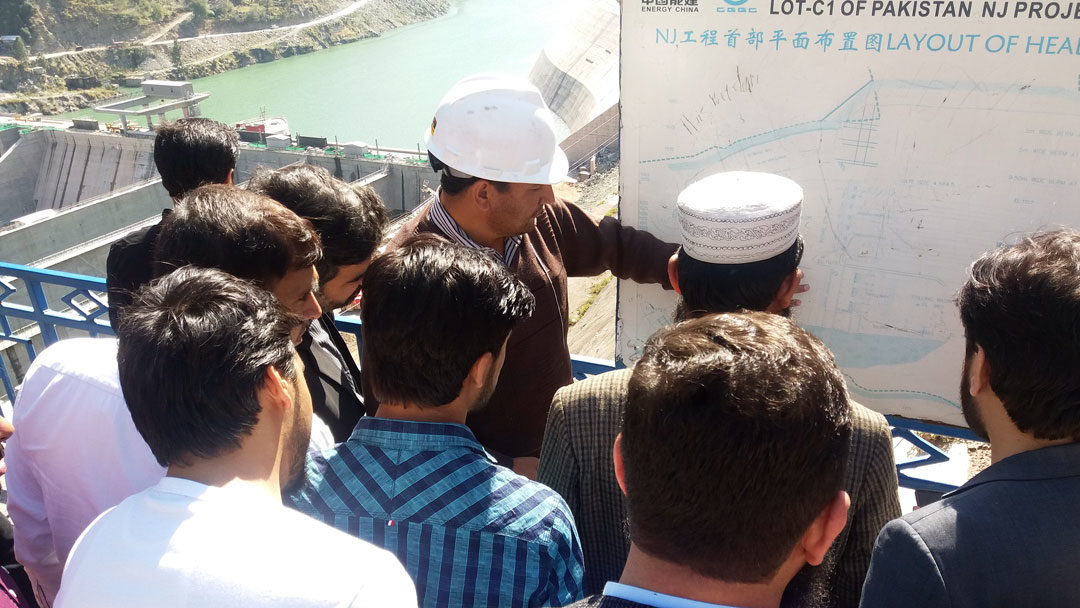 On October 25, the U.S.-Pakistan Centers for Advanced Studies in Energy arranged an industrial visit for master’s students in the Energy Management and Sustainability program at UET-Peshawar to the Neelum-Jhelum Hydropower project in Kashmir. The purpose of this visit was to provide first-hand exposure to real-world power energy project implementation and management techniques. The project has an installed capacity of 969MW electricity and achieved maximum generation in summer 2018.

“There is a misconception that this project is a failure due to the prolonged completion time and increasing costs, but our visit here was an eye-opener. I came to know about the actual facts and figures. The project is no doubt costly but still can be profitable due to useful life and number of sufficient electricity units produced annually.” said Danish Shahzad.

On site, the students were briefed by the project engineer about different phases of implementation.

This plant is a run-of-the-river project with no storage and minimum waste in both the Neelum and Jhelum rivers. Water from the river is diverted to a tunnel that is under the mountains, over 60 km in total length. Initially, only a single tunnel was planned but later, modifications were made to the plan to include two bifurcated tunnels because of the weight of the mountains. Also, two spillways and a buffer zone with rock fills over fault lines were built as a protection shield against earthquakes. The powerhouse is located downstream, underground where the water from both rivers is combined to run the underground MW Francis turbines.

“The industrial visits are a good initiative by USPCASE. Not many programs offer this support to students. This visit helped me integrate theoretical knowledge with a practical scenario. I also got some ideas of research topics that I plan to work on,” says another student Syed Faisal Shah.