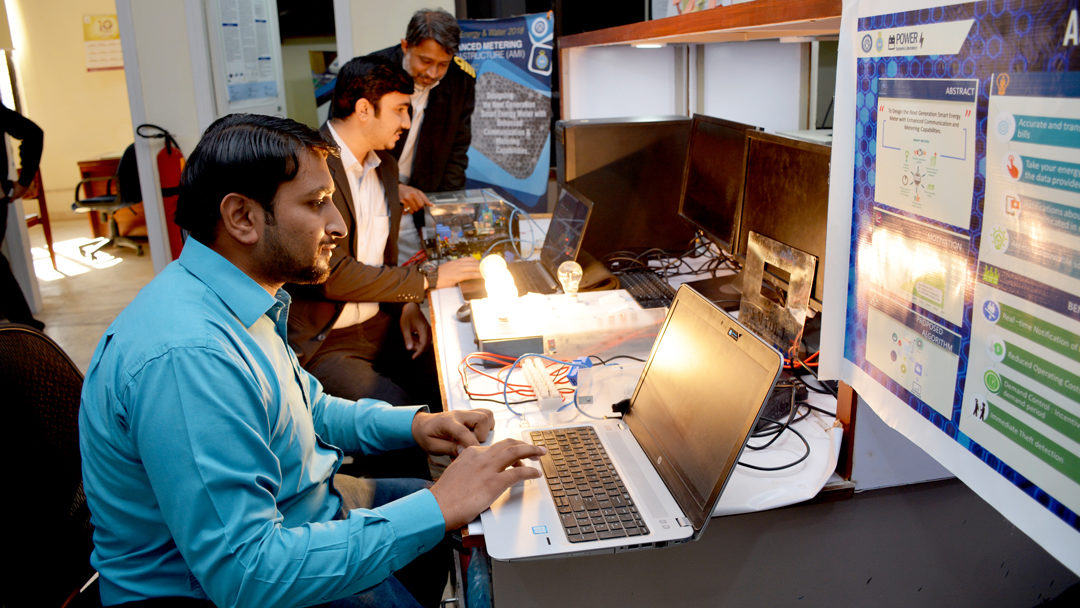 Country by country, across the globe, utilities and governments are scrambling to install advanced metering infrastructure (AMI). Also known as smart metering, AMI provides the backbone for the power grid of the future, a grid where distributed energy resources like rooftop solar arrays, customer-owned battery storage devices and electric vehicles that feed their electrons back onto the power system are as much as part of the electricity resource mix as utility-owned power plants.

In Pakistan, AMI could help electricity suppliers better manage the grid, end electricity shortfalls and integrate customer-owned generation resources like rooftop solar arrays. These are some of the reasons Sajjad Zaidi, a professor of engineering at the National University of Sciences and Technology (NUST), worked with student scholars in the U.S.-Pakistan Centers for Advanced Research in Energy (USPCAS-E) to develop a home-grown AMI solution.

More than a meter reading

Traditional analog meters were designed for one thing: finding out how much electricity customers used so that utilities could bill them appropriately. AMI meters are digital, and they come equipped with two things that make them smart: computing power and the ability to connect with the utility over a communications network.

That network allows utilities to read the meters remotely, and the computing power within the devices supports using them for more than meter reading.

In Pakistan, AMI will help stem power theft, and that’s a huge driver, according to Zaidi.

“Pilferage and theft is a serious problem in the power sector. Power shortages will be reduced if this issue is addressed,” he says.

Government researchers estimate that during 2017 and 2018, theft of service cost distribution companies some 53 billion Pakistani rupees or nearly $379 million U.S. dollars. Zaidi’s AMI system works via power-line carrier communications (PLCC), which means the signal travels over the power lines themselves. In areas where theft occurs through illegal line taps – a common approach in Pakistan – PLCC will minimize or even eliminate the problem, he says.

The meters Zaidi and his team are developing also have some important added features. Among them is bi-directional or net metering.

“Net metering is a billing arrangement that allows businesses and individuals generating their own electricity to deliver unused energy back to their local power grid and get credited back for its retail price,” he explains. “It is available to customers who install renewable fuel generators such as solar, wind, hydro or biomass sources and operate the generator in parallel with their electric company’s electrical system.” 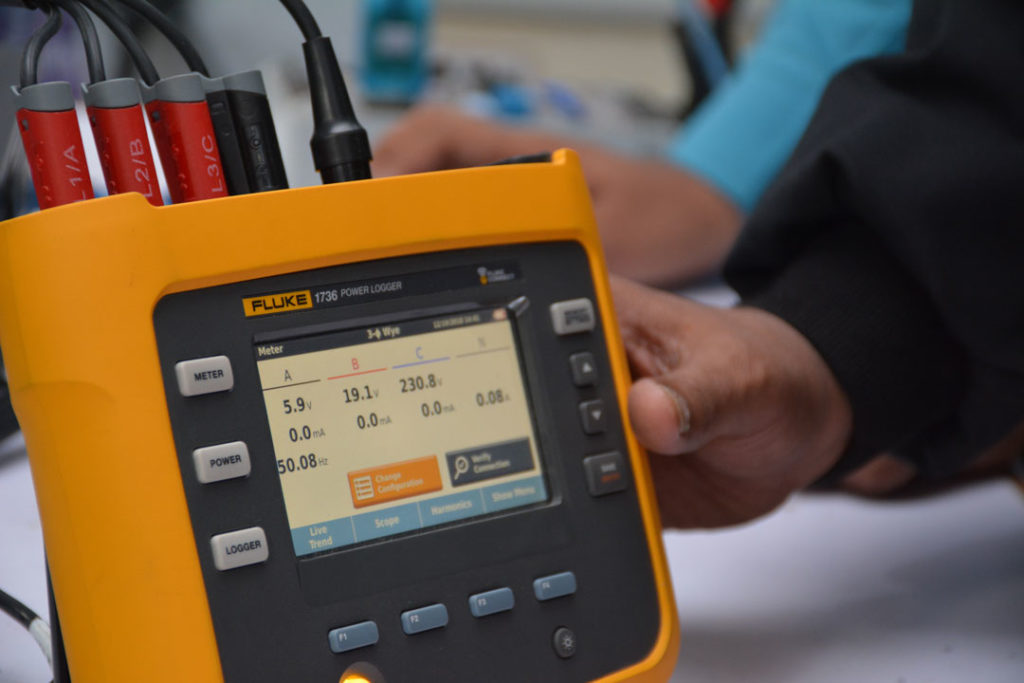 In addition, Zaidi’s meters serve as power quality sensors so that data can be used to operate the grid more efficiently and with greater reliability.

Another key benefit of the meters is that they facilitate Home Area Networks (HANs).  Zaidi explains that the AMI system “provides a platform to establish a two-way communication with the consumer’s home, which enables smart meter connectivity with household devices like displays, load control devices and smart appliances.”

Because the HAN lets consumers monitor and control household appliances, it can help people lower their energy bills. “The HAN is one of the major drivers of smart grid technologies,” Zaidi says.

“Each and every member of the society needs to play an active role in controlling this drastically rising energy shortfall,” he adds. 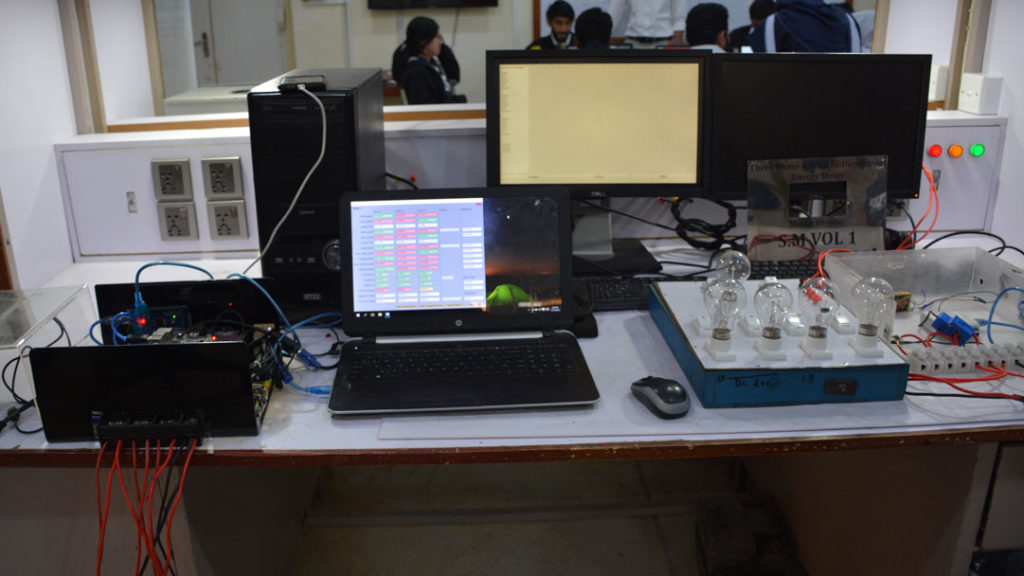 “The meters will help us control the excessive waste of electricity in our homes and small commercial units,” Yasser says. “The Government of Pakistan is planning to undertake widespread adoption of this technology in the future. Indigenization of technology will support capacity building and transfer of technology to the country.”

That is achieved through multiple mechanisms that are facilitated via bi-directional communications. Along with supporting the HAN, the meters allow utilities to take power consumption readings multiple times a day. That, in turn, supports special rates, such as time-based rates designed to lower peak loads by charging people more when there’s too much load on the grid.

Smart meters feed utility companies consumption readings throughout the day, so power suppliers will have more data for load forecasting, which could help them prevent widespread black-outs, Zaidi notes.

“This technology can be used for system planning, as it gives a better understanding of the power trends in our country.”

In addition, utilities will be better able to manage the assets on their grids. For instance, having consumption data on a frequent-interval basis – say every 15 minutes – allows the utility to see exactly how local transformers are loaded because they can see time-based consumption on the premises hooked into a particular transformer. This means utility managers will be able to swap out transformers that are over- or under-loaded with ones that are the right size, thereby eliminating waste and helping equipment last longer.

Finally, the AMI system will help Pakistan economically. There will be an investment in technology and a more efficient, reliable grid to support industry and commerce.

This, he says, is why he and his team decided to work on advanced metering infrastructure. “AMI is the primary building block of a modern grid,” he says. He adds, “Cutting down theft and peak loads – and allowing more individuals/parties to contribute to the grid – will result in a better, more stable grid, increasing investor trust in more development and a better economy.”

This economic boost will be even greater if the meters are designed and manufactured in Pakistan.

“The market size of smart grid technologies, and specifically smart meters, is huge,” Zaidi notes. “There is a lot of room for new products and new shareholders, which made this project a lucrative venture.”

Already, Zaidi and his team have interest from two major Pakistani electric supply companies. That’s not surprising given the competitive price and features – such as HAN support and theft prevention – that these meters offer.

“Users have no way of verifying the meter readings since there is no proper checking system in place. Our advanced meter and HAN interface will allow cross-checking and easy verification of meter readings while sitting at home. Moreover, our communication module uses a variety of communication methods, which will help in detecting any tampering done in the cables. Hence, within reasonable cost, we are offering more features as well as a user-friendly interface that current smart meters lack.”

Right now, the meters still await approval from Pakistani authorities before they can go into production.

Still, Zaidi says “prospects for commercialization are very bright. This project can contribute toward industrial and technological growth of the country.”