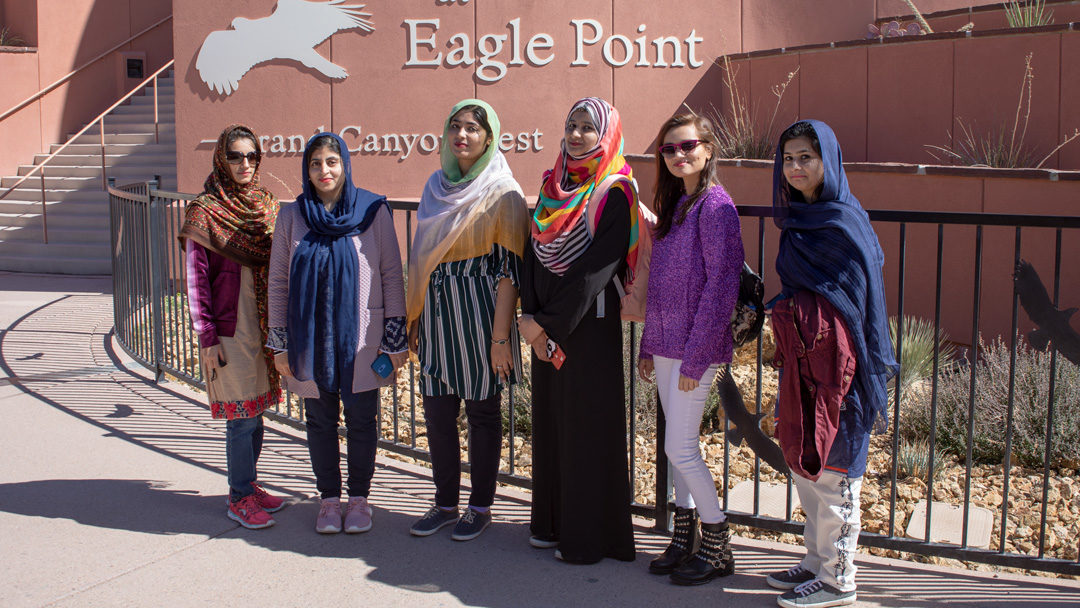 “This trip was one of the most memorable ones of my life!” recollects Asfandyar Khalid. “After visiting the Hoover Dam and Griffith Observatory, I realized how these places were converted into great tourist spots which in turn created employment opportunities and prosperity in the region,” he says.

As part of the USPCAS-E exchange program, scholars from Pakistan were taken on a week-long cultural excursion to the Grand Canyon, Hoover Dam Power Plant, Griffith Observatory, Ivanpah Solar Power Plant and several other destinations.

“I observed Native American culture, their way of living, their houses and their dance which was modeled at the Grand Canyon,” said Qandeel Rehman.

The Hoover Dam visitor center and power plant visit exposed the exchange scholars to the massive concrete structure built in the 1930s on the border of Arizona and Nevada. They learned about energy policy and its role in the construction of Hoover Dam for irrigation and power generation.

“All values of American culture are worthy of respect, and above all the discipline and time management of Americans is very appreciable,” says scholar Shazmina Jamil. “Tourism is not only fulfilling our wish to visit a place, but there also are multiple dimensions to it, for example, meeting new people, learning about their culture, making a comparison of the two countries, and learning to make our nation better in a more diverse way.”

Haider Sami remarked that this excursion was an amazing and life-changing experience for him.

“It has been an action-packed learning adventure that reflected not only American culture but gave us a chance to interact and share our cultural values with fellow Americans. Going to Universal Studios and Disneyland was the best part of the whole tour, a truly magical experience,” Sami says. “I always used to shy away from scary rides and had a tough time untangling the fun and fear of experiencing something out of my comfort zone, but being able to make that leap now feels like nothing less than a huge accomplishment.”

Overall, this fun-filled educational trip helped the scholars learn about leveraging local industries to promote social values and boost the local economy, and looking at how renewable energy can be implemented in multiple sectors, including the tourism sector, at venues such as Disneyland and Universal Studios.