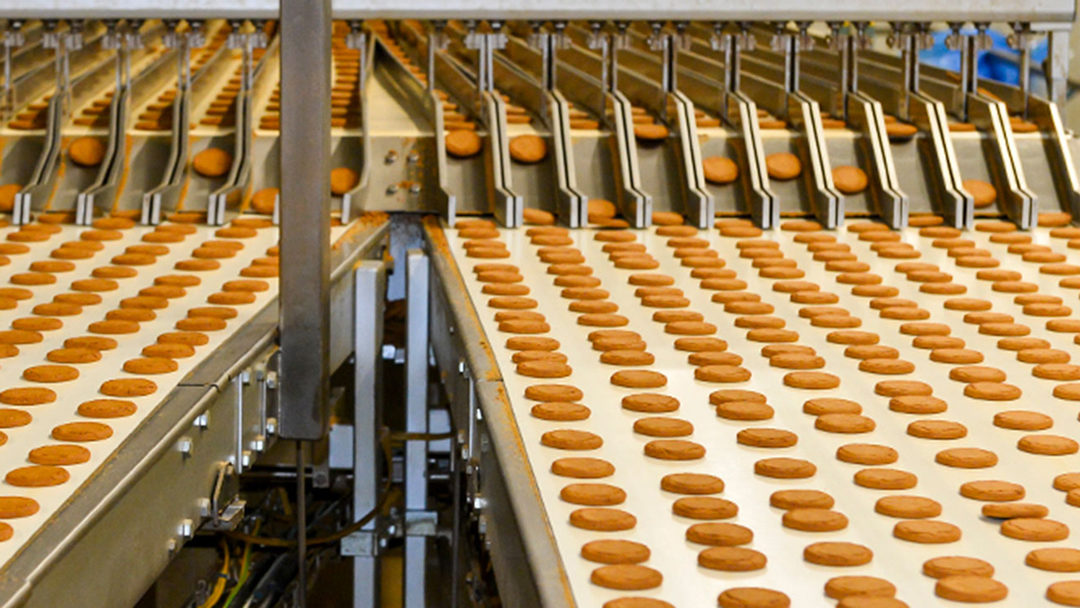 USPCAS-E is turning losses into gains for manufacturers

It’s been 66 years since former General Motors president Charles E. Wilson was misquoted as saying “What’s good for General Motors is good for the country.” The line took off because it’s easy to extrapolate national benefit from corporate success. If industry can increase profitability and operate equipment in a greener way, such benefits also impact society at large.

That’s the hope behind recent research conducted by the U.S.-Pakistan Centers for Advanced Studies in Energy (USPCAS-E). An applied research project has resulted in energy-saving equipment that’s likely to deliver considerable savings to Pakistan-based Coronet Foods, a subsidiary of English Biscuit Manufacturers.

keeping energy from going Up in smoke

“Industry will be hit squarely,” says Ahmed Sohail Khan, the USPCAS-E technical advisor with the University of Engineering and Technology (UET), Peshawar. “Gas prices have more than doubled in recent months.”

That’s bad news for bakeries like Coronet Foods, which relies on gas for production.

“Coronet Foods is one of the largest biscuit producers in Pakistan and our production mainly depends on gas,” says Asif Sultan, a professional engineer and principal investigator on a joint research project with USPCAS-E. “The share of gas in our utility bill is 80 percent in terms of monetary value.”

Due to limited resources and the low pressure of natural gas, Sultan says Coronet uses a combination of natural gas and liquified petroleum gas (LPG) to fulfill plant requirements. Those requirements necessitate an average monthly consumption of around 27,33,72 cubic meters, of which 70 percent is LPG and 30 percent is natural gas.

Sultan adds, “We require a huge amount of hot water in different areas of production processes like mixing areas, washing areas and kitchens. Our hot water requirement is around 200 gallons per hour, and we are using gas geysers (water heaters) for this operation. These gas geysers are adding a huge amount to our utility bill.”

Worse, much of that money is essentially drifting up the flues of baking ovens.

“For most fuel-fired equipment, a large amount of the heat supplied is wasted as exhaust or flue gasses,” notes Saim Saher, an assistant professor of engineering at UET Peshawar. “These gasses still hold considerable thermal energy. In many systems, this is the greatest single loss of heat.”

But, Saher continues, the loss can be mitigated.

“The energy efficiency can often be increased by using waste heat gas recovery systems to capture and use some of the energy in the flue gas.”

Working with Saher and some of his students, Coronet Foods has been developing a heat-recovery system.

“The primary aim of the research was to design and construct a system that will recover 70 percent of waste heat energy from natural gas furnace ovens and make it usable for water heating purposes. Currently, we are wasting this energy (by releasing it) into the environment.”
— Asif Sultan

“This is basically an industry-driven project,” says Saher. “The principal investigator, Asif Sultan, came up with the idea and we discussed it before developing the proposal.”

To support the research project, Saher advertised a student job and hired Yaseen Mehmood, a graduate scholar and mechanical engineer. He designed the device that would be used in the waste-heat recovery system and worked with Sultan to finalize and approve the design.

“The company management is very encouraging in terms of innovation,” Sultan says. “When I came up with this idea, there was no resistance from approving authorities and, in fact, they motivated me to pursue the project.”

Part of the payback of this project comes from strengthened bonds between industry and academia.

He adds that there were frequent exchange visits between Sultan and the scholars, where each visited the other’s site, a move that proved to be a strong relationship builder.

“Normally, the private sector does not trust the capabilities of academia to provide design solutions,” explained Saher. “This project has boosted trust.”

In addition, it served as a showcase for industry leaders to discover the benefits of academic research.

“Most factories in the country are using their regular production processes and not considering energy conservation or efficiency,” Saher says. “This is a unique approach in Pakistan, particularly when we talk about the food industry.”

The team hopes to showcase the finished project to other bakeries and spread this efficiency measure nationwide.

“Whenever you extract heat below 100 degrees Celsius there is condensation and sulfur dioxide in the flue gasses, and this could corrode the equipment,” says Khan.

This has been one of the challenges of the project.

To combat this, the UET Peshawar researchers leveraged materials science along with engineering in designing the equipment. The prototype unit was designed with stainless steel because it is resistant to corrosion, allowing the team to cool flue gases more completely and capture more of the thermal energy.

“The lower the flue gas temperature can be reduced, the more efficient the condensing appliance technology,” notes a report produced by the research team.

Right now, the team is testing a second version of the heat-recovery device because moisture was getting trapped inside the first unit.

“We have redesigned the model based on testing and are currently fabricating a new product,” Saher says. 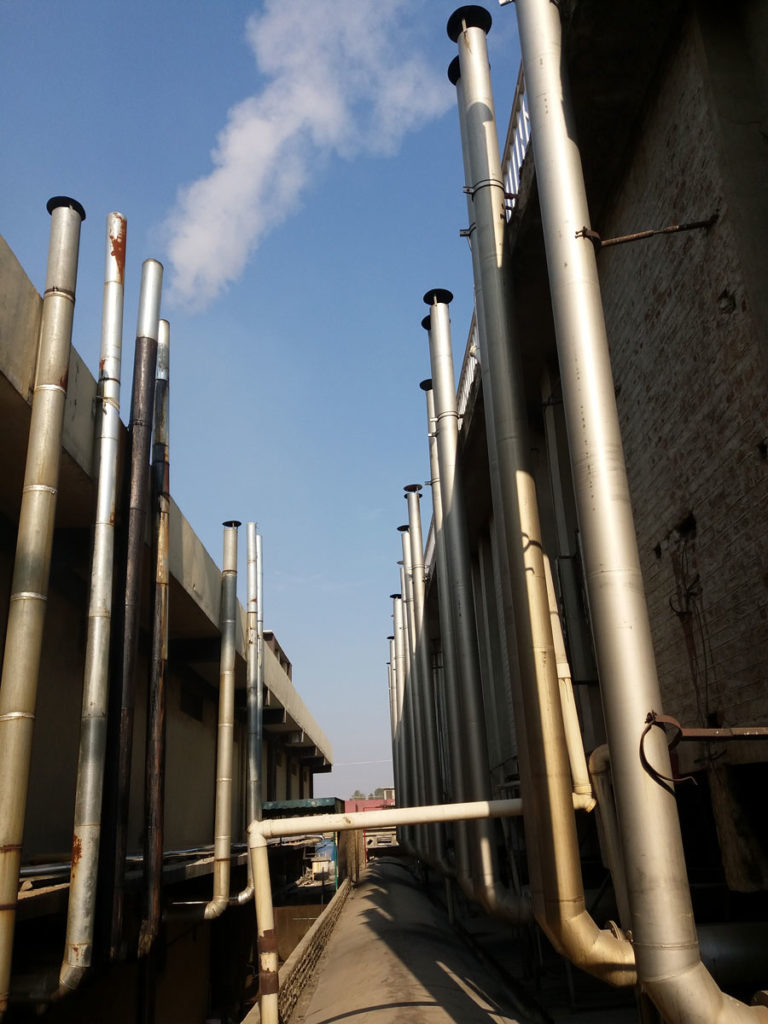 He says this time the team created a condensing economizer, a device that removes heat from hot flue gases by passing them through coiled pipes.

“Once complete, we plan to replicate this with the baking industry across Pakistan,” he adds. “We will invite representatives of industry to visit the factory and see results of our project.”

The results should be impressive. Currently, Coronet Foods invests 1,211,760 Pakistani rupees or nearly $9,000 per month in natural gas and LPG for water heating only.

“After installation of the heat recovery system, we save every month,” Sultan says.

Even if the final heat-recovery system only operates at 40 percent efficiency, it is likely to recover system costs in less than one year. And, because it was a joint research project with UET Peshawar, the benefits can spread throughout Pakistan.

“If companies are implementing different cost-effective solutions, they are not disseminating these practices to a larger audience,” Saher says. “Our project seeks to benefit other players in the market by sharing our findings and results.”

In fact, the project may go beyond bakery ovens and wind up benefiting many businesses in Pakistan. Khan also envisions this type of condensing economizer being used in five-star hotels in the country’s northern mountains.

“There is no natural gas because there is no pipeline for these areas,” he says. “They operate boilers with diesel, and that has a heavy sulfur content. This design holds enormous potential for industry.”