Working to ensure a bright future for Pakistan 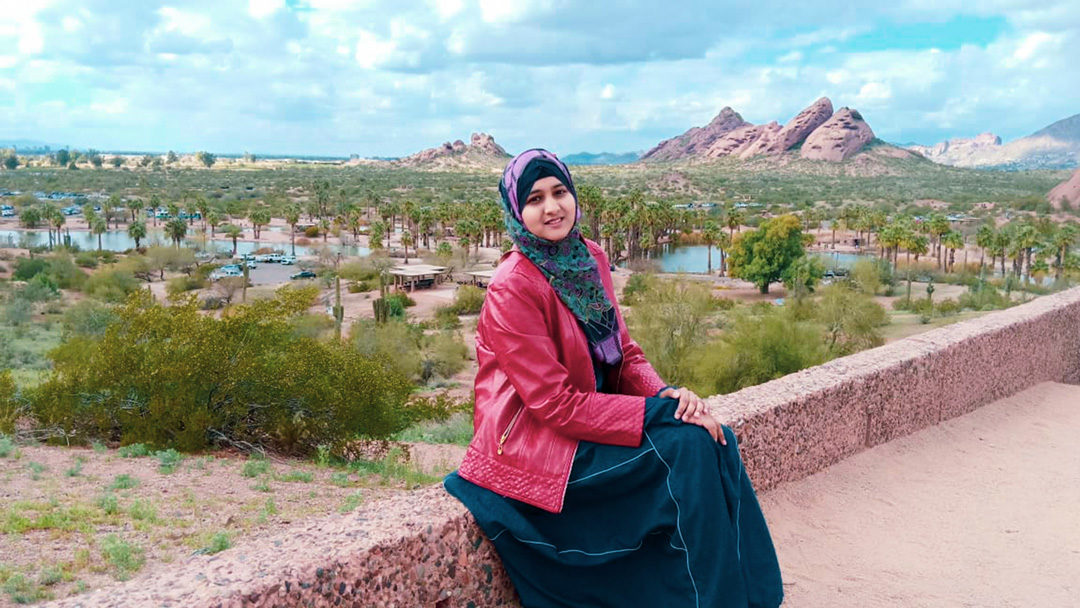 Growing up, Shazmina Jamil had to change minds. She explains that in Pakistan, people don’t see girls as engineers, engineering is seen as a male-only realm. But she definitely had an engineering mindset from an early age, being curious about how things worked and taking things apart to see the inner workings for herself.

“I always had a passion for learning new things and a thirst for understanding the latest technologies,” Shazmina explains.

She worked to change minds bit by bit in her community and family, changing the concept of who can be an engineer.

“The concept that only boys could be engineers was a concept that I had to overcome. I did that and I am the first girl in my family to become an engineer.”

Shazmina is now a graduate student in electrical energy/power systems at the U.S.-Pakistan Center for Advanced Studies in Energy (USPCAS-E) at the University of Engineering and Technology (UET) Peshawar. She’s from Kohat, in the Khyber Pakhtunkhwa province of Pakistan. After earning her undergraduate degree in electrical engineering at UET Peshawar, continuing on as a graduate student with USPCAS-E was a natural next step.

“When I was getting my undergraduate engineering degree, I knew that I wanted to do research in power systems. After graduating, I decided to pursue a master’s degree,” Shazmina says. 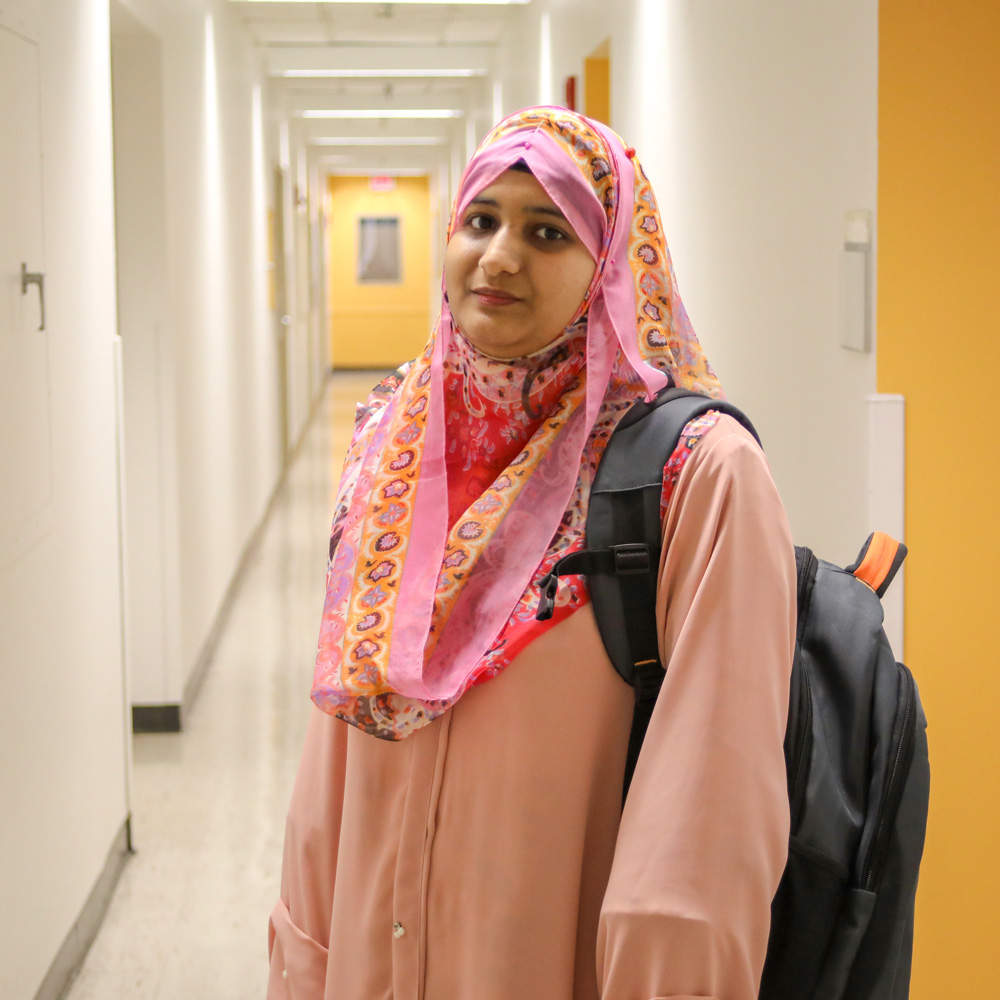 Envisioning a 24/7 powered future for Pakistan

Shazmina wants to see full-time availability of power in her home country. She wants everyone to have the freedom to pursue any activity without worrying about power availability.

“I want my people to have 24-hour access to power. I want everyone to be able to study when they want, to cook when they want, and to do anything that they want without worrying about outages,” Shazmina explains.

Shazmina’s research focuses on phasor measurement unit (PMU) data for fault detection. Her work is like that of a detective, looking for system faults before they happen in order to prevent overloads and blackouts.

“I am working on PMU data for fault detection in different parts of power systems. This is important for Pakistan because currently, we can’t always detect faults and prevent blackouts. In Pakistan, we now have PMUs so with this new knowledge I better can help Pakistan manage its energy network.”

Shazmina knows that load shedding events impact the quality of life in Pakistan and her work focuses on identifying potential issues before systems and transformers are overloaded and power outages occur. Power outages can affect Pakistanis for 12 to 16 hours a day greatly interfering with economic activities and everyday life.

The power of exchange

Shazmina says that the best part of her USPCAS-E experience has been the exchange program.

“The exchange program was an amazing experience. I am excited to be learning these things in the U.S.,” she says. It’s really awesome working in the lab. I have learned a lot of things but I am most excited about learning the way that research is done at ASU and will take that knowledge back with me.”

In addition to learning about the research process in her lab at ASU, Shazmina has also learned a lot about American culture in her first visit to the United States.

“There are many misunderstandings about America in my country, so it’s nothing like what I expected. The American people are very welcoming and adaptive, accepting people from all different countries and cultures.”

Shazmina echoes the sentiments of other exchange scholars in her admiration of the good time management, hard work, rule following (like traffic laws), and the management of public spaces and venues like Disneyland and national parks that she has observed in the United States. She noticed that even very crowded areas are well managed in the U.S.

“We need to implement these things at home in Pakistan.”

“I really learned to follow my culture and value my own norms while living far away from home and at the same time, appreciating and accepting others.”

After graduation, Shazmina plans to continue her research and hopes to pursue a Ph.D. in the United States.