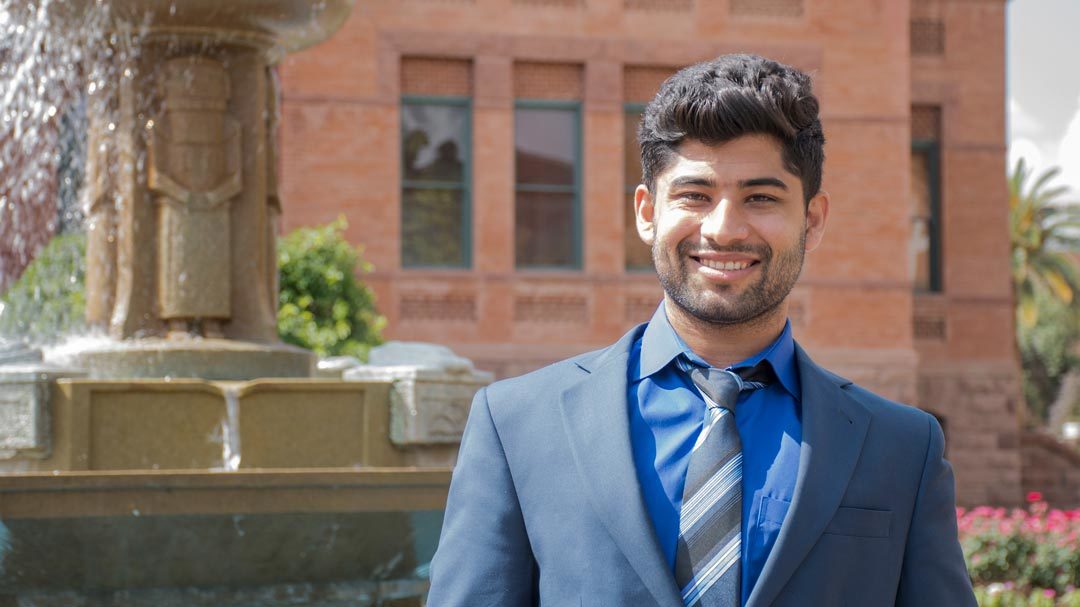 As a child, Zeeshan Saeed Shah says that he was always curious and interested in math and science. He represented his school in exam competitions.

“I used to think a lot about electric circuits and electron motions, which drew me towards engineering. As I got older, I was drawn to electronics and other electric stuff.”

But electricity is in short supply in his hometown of Bannu in the Bannu District in southern Khyber Pakhtunkhwa.

“I completed my higher secondary education in Bannu, where we were barely able to light our homes for an hour in a day. Places like my hometown are considered to be off-grid areas, and the lack of energy access directly impacts education and business.”

This first-hand experience with severe energy shortages and an overall lack of energy availability shaped Zeeshan Saeed’s future. As an undergraduate student at the University of Engineering and Technology (UET) Peshawar, Zeeshan Saeed saw some posters about an upcoming workshop arranged by USPCAS-E. After attending that workshop, he wanted to join the center.

He is now pursuing a master’s in the USPCAS-E Electrical Energy Systems Engineering program at UET Peshawar.

At USPCAS-E, Zeeshan Saeed learned about renewable energy, specifically solar power, a clean source of energy that is environmentally friendly.

Zeeshan Saeed visited Arizona State University as part of the fifth cohort of exchange scholars in spring 2018. During his exchange training, Zeeshan Saeed conducted research in the power electronics lab under the supervision of ASU Professor Bertan Bakkaloglu. He was the team leader and worked on analyzing fundamental characteristics of inverters for a photovoltaic system. He also interned with the “Defend Our Future” club, which arranged workshops on recycling and exploring different ideas on how to clean up the environment.

Zeeshan Saeed says he considers himself lucky to have been a USPCAS-E student.

“The most important experience was my exchange visit to Arizona State University. I spent my time in a research laboratory where I learned research skills and technical skills. During my internship at the Defend Our Future club, I learned management and marketing skills.”

As an exchange scholar, Zeeshan Saeed also took classes in energy policy and entrepreneurship, experiences that changed his trajectory.

“We had a lot of fun in the energy policy class where we worked on designing policy for the energy sector of Pakistan. I met some great entrepreneurs through our entrepreneurship class, and we learned how to articulate an idea and how to present it. This class drew me towards entrepreneurship.”

His research became a building block of his future work in GreenWend, a startup he launched with colleagues that will provide solar services in both the private and government sectors. Its mission is to decrease electricity costs, eliminate load shedding, and provide employment and training opportunities.

“We hired around 15 employees, including engineers, managers and technicians. In 2020, we are arranging seminars and workshops in schools, colleges and universities to promote solar energy in Khyber Pakhtunkhwa, including newly merged areas.”

“At ASU, I was working in a group project where we analyzed the fundamental characteristics of an inverter for a photovoltaic system. We also studied practical approaches for a Maximum Power Point Tracking (MPPT) system and the modeling and characterization of MPPT-based boost converters. I used the same MPPT techniques in my final year project, which was about photovoltaic efficiency improvement. Now, we are using practically the same approach in our startup.” 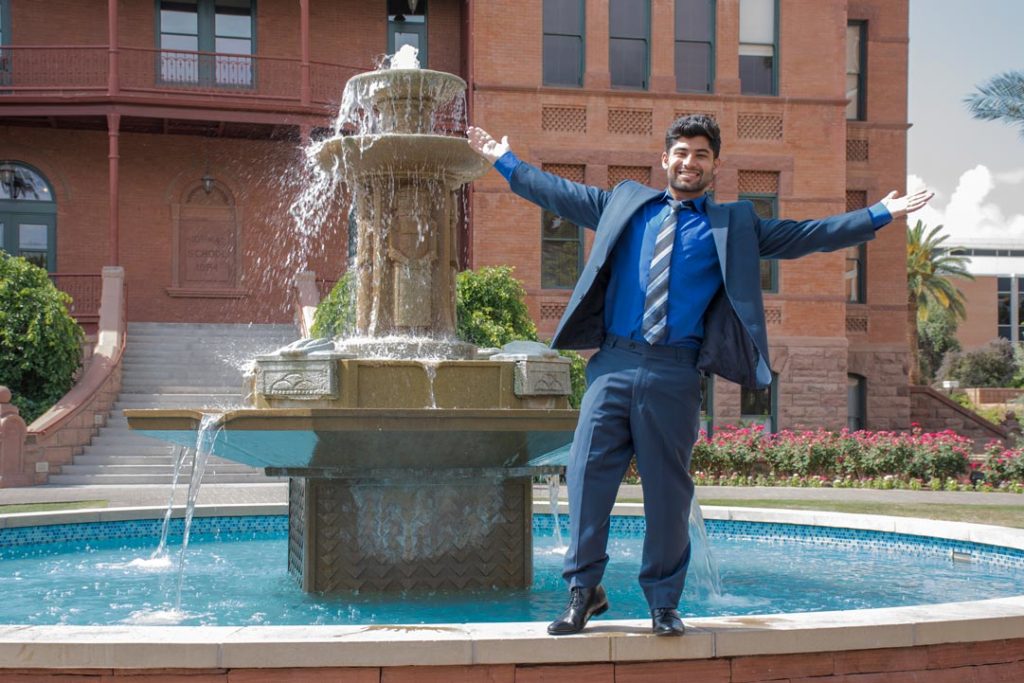 When Zeeshan Saeed thinks about the future, he starts with the present, working on the GreenWend startup. In two years, his goal is to provide at least 20MW solar power in the private and public sectors and provide employment for more than 100 engineers and technicians in all districts of Khyber Pakhtunkhwa and newly merged areas.

“I want to train people through seminars and workshops and steer them towards green energy. After two years, I plan to launch another startup, currently in the feasibility planning stage, which will bring more employment all over Pakistan.”

When asked what most people don’t know about him, Zeeshan Saeed said simply, “My capabilities.” He explained that opportunity is created not granted and that your success doesn’t depend on your location or environment.

“A person living in Bannu can become the next Bill Gates or Mark Zuckerberg if he or she utilizes time and energy the way they do.”

Zeeshan Saeed encourages others not to take the easy route with a job and instead to become a value creator as an entrepreneur.

“Together, we can contribute to society, and we together can bring happiness.”