The United States Agency for International Development (USAID) launched a mass media campaign, “Good for Youth, Good for Pakistan,” to celebrate the accomplishments of inspiring young Pakistanis who have achieved personal successes as a result of partnership and support from USAID projects across the country. This campaign is providing a platform for young people to discuss the challenges they are facing and how they personally can play active roles in proposing solutions.

As part of this national initiative for Pakistani youth, a TV program on Khyber News featured USPCAS-E scholars who took the stage as panelists and shared how they are making a difference in their communities. The program, mainly in the Pushto and Urdu languages, focused on issues related to education, healthcare, jobs, energy, clean water, and gender equality.

The program was aired on November 17. One of the USPCAS-E exchange scholars from UET Peshawar, Aemal Ahmed, received the best speaker award from USAID at the event. Two USPCAS-E scholars, Asfandyar Ali and Noor Ul Ain Binte Wasif Ali, have already received the USAID Youth Champions 2018 award from Paul Jones, the U.S. Ambassador to Pakistan. 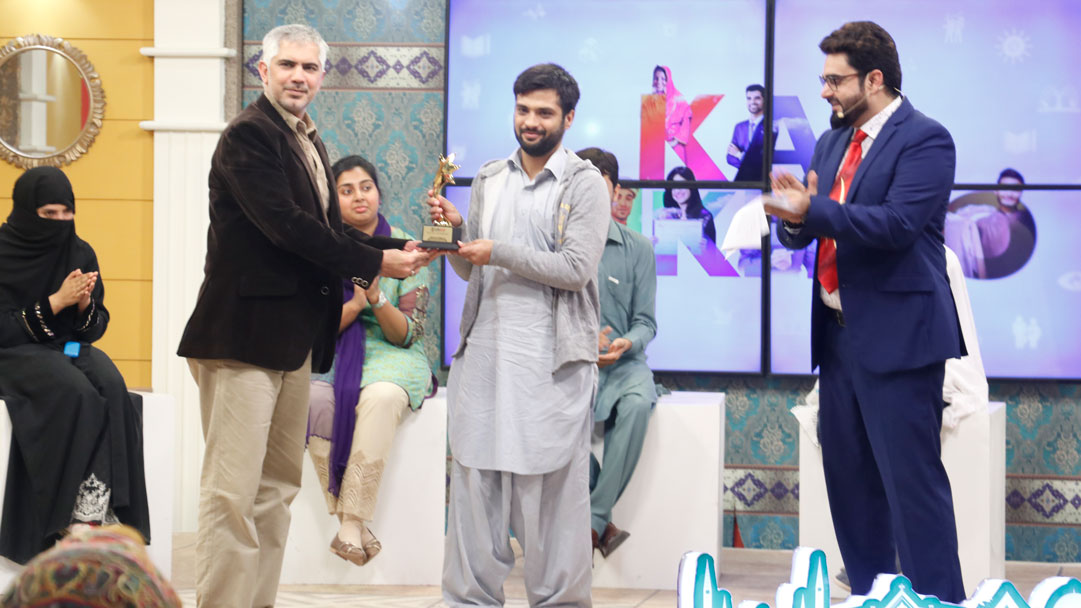