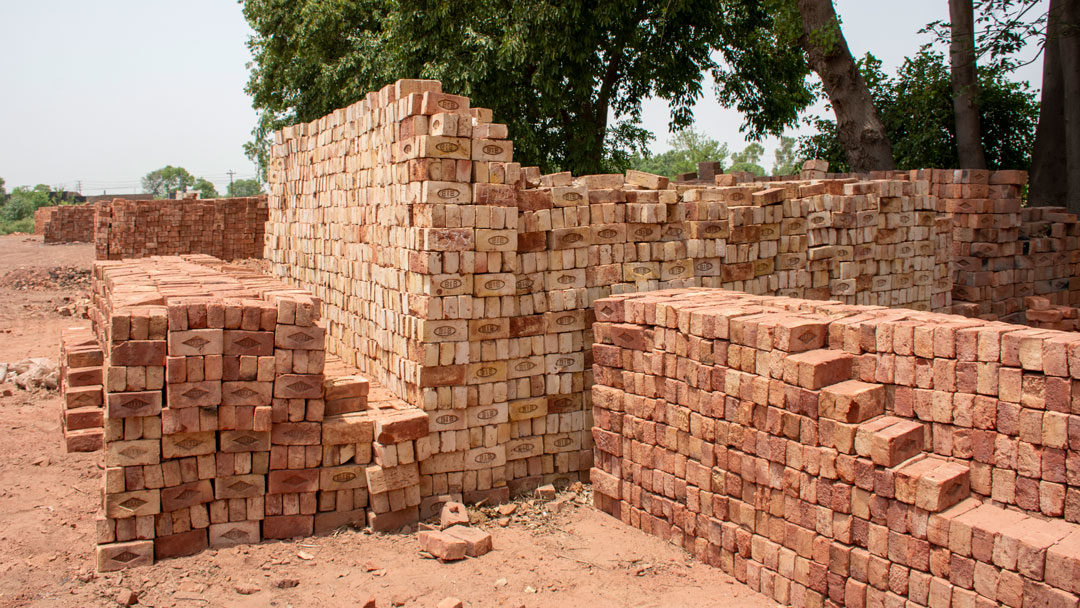 Pakistan’s Higher Education Commission’s Technology Development Fund (TDF) Program awarded PKR. 8.681 Million (approximately $56,000 USD) to principal investigator Muhammad Bilal Sajid for the project “Retrofitting of Brick Kilns to Improve Energy Efficiency and Environmental Impact” as part of its second call for proposals, 2017-2018. This funding is part of each center’s goal to raise at least $1 million over the funded life of the project. Fundraising is key to the long-term financial sustainability of the Centers for Advanced Studies in Energy at NUST and UET Peshawar, and together the centers have raised more than $2 million to date.

“We will promote energy efficiency technologies on a large scale through a systematic approach,” recalls Dr. Muhammad Bilal Sajid, an assistant professor of thermal energy engineering at U.S.-Pakistan Center for Advanced Studies in Energy (USPCAS-E), National University of Sciences and Technology (NUST).

“The idea of this research project was jointly conceived by NEECA and representatives of All Pakistan Brick Kiln Owners Association,” adds Engineer Asad Mahmood, Manager Technical at National Energy Efficiency & Conservation Authority (NEECA). As part of its efforts to promote energy efficiency in the building sector, NEECA realized that establishing model zigzag technology-based brick kilns would raise awareness about its economic and environmental benefits.

“Since USPCAS-E aims to address national issues in the field of energy, we joined hands with the academia for this national cause and also to help us in applied research,” says Mahmood. In the zigzag technology, bricks are stacked to guide airflow in a zigzag path, while fire moves in a rectangular track through the bricks. The zigzag technology increases the airflow path length resulting in better combustion, a higher heat transfer rate, and uniform temperature across the kiln. 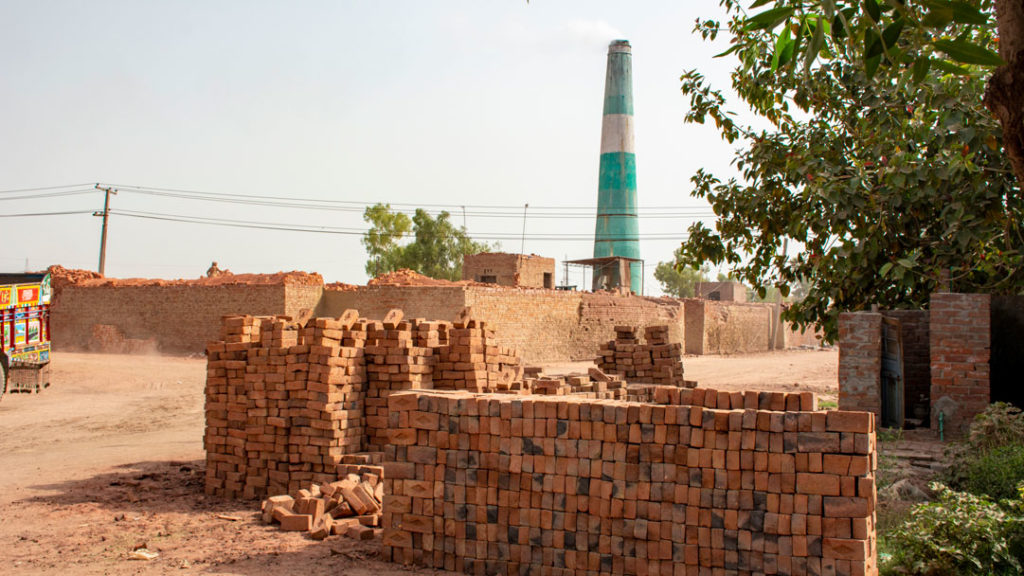 IMPROVED DESIGN FOR A CLEANER ENVIRONMENT

“Our proposed technology is very similar to existing brick kilns in Pakistan, yet it offers superior environmental performance and is economically attractive,” notes Dr. Sajid. The design includes:

Installation of Blower Assembly: The zigzag design consists of a blower assembly to force the inflow of more air (and hence oxygen) into the combustion zone of the brick kiln resulting in better fuel combustion. The blower assembly includes (i) a blower/fan, (ii) a variable frequency drive (VFD), (iii) ducting, (iv) a control system, (iv) a power supply (grid-connected, solar panels or a generator).

Change in Brick Stacking Pattern: Airflow is inducted by the blower, and the zigzag brick pattern results in better heat transfer from hot gases to bricks.

Training of Workforce: Training of the workforce is the critical last step in ensuring that retrofitted brick kilns operate smoothly.

“ASU has always been very dynamic in promoting industrial-academic linkages. The ASU team played a pivotal role in engaging NEECA and the Brick Kiln Owners Association, arranging field visits and meeting with key stakeholders. After several months of effort, a proposal was prepared and submitted to TDF for sponsorship,” remarks Dr. Sajid. “The proposal writing and corporate engagement trainings organized by ASU helped me immensely to develop the proposal,” he adds. 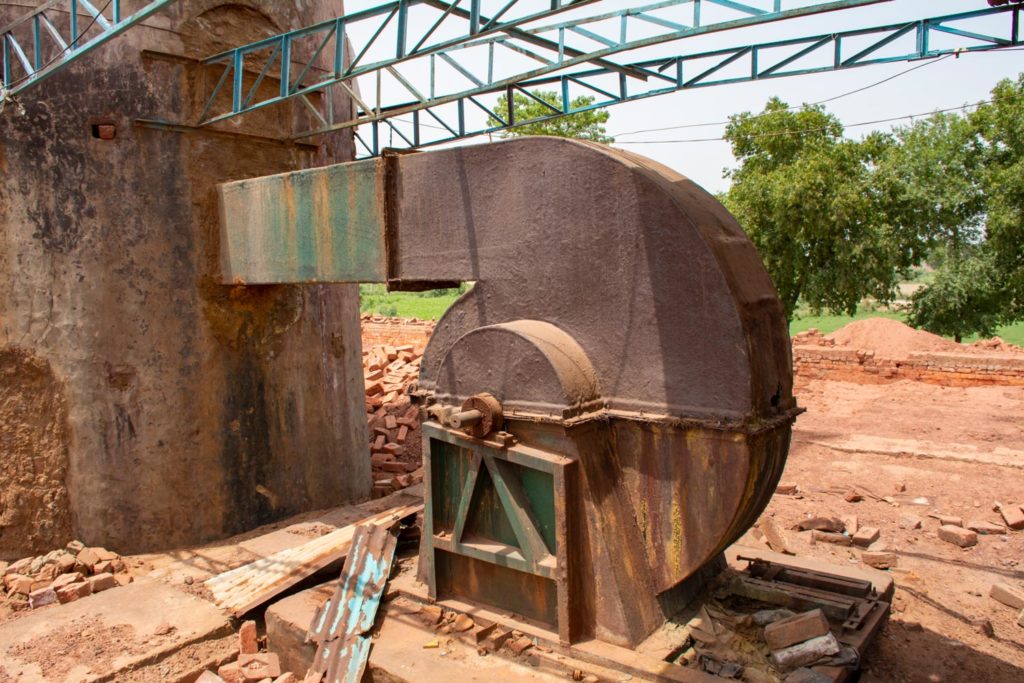 SCALING UP FOR A GREENER PAKISTAN

In October 2018, the government of Pakistan’s Punjab province put a three-month ban on brick kilns in the region as a control measure for smog, a type of air pollution caused by a combination of smoke and fog mostly during winter. That’s one of the reasons why Tayyab moved ahead with the idea of utilizing personal funds, while the TDF proposal was still under review process.

“We are always looking into ways to improve efficiency and product quality, and ultimately reduce production costs,” remarks Tayyab Ikram, a brick kiln owner. “The improved design saved up to 30 percent in fuel consumption and resulted in nearly 80 percent reduction in particulate matter. The payback period for retrofitting is a maximum of two years,” he adds.

“The Brick Kiln Owners Association was very supportive during various phases of this project. Furthermore, the local manufacturing industry is fully capable of fabricating the blower assembly per our requirement. As a next step, we are exploring ways to automate coal feeding,” says Tayyab.

Both Sajid and Tayyab envision making this kiln an exemplar for other brick kiln operators in Pakistan. They firmly believe that this improved brick kiln design has enormous potential in Pakistan and will help in transforming the brick kiln sector.